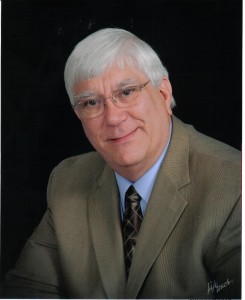 Dolan Bayless is a native of Topeka, Kansas.  He holds the Bachelor of Music Education degree from Washburn University in Topeka, and the Master of Music degree in Choral Conducting from the University of Kansas.  Since January 2006, Dolan has been Director of Traditional Worship and Music at the Kirkwood United Methodist Church in suburban St. Louis, Missouri.

Dolan is a long standing member of the American Guild of English Handbell Ringers (AGEHR) serving Area 9 in various offices and as Chair for two years.   As a member of Area 8, Dolan is currently the Chair.  He served two terms of office on the Board of Directors for the Greater Houston Handbell Association (GHHA). Bayless is also a member of the Board of Directors of the Texas Conference Choir Clinic where he has served as Dean and treasurer/registrar.

As a handbell conductor he has led local festivals in Oklahoma, Texas and Missouri.  He has been clinician for workshops at the Texas Conference Choir Clinic, for events sponsored by the Greater Houston Handbell Association and AGEHR Areas 8 and 9, and in various churches throughout Arkansas, Texas, Illinois and Oklahoma.

In the St. Louis area, Dolan led and organized a group of handbell directors in forming the Handbell Association of Greater St. Louis that promotes educational and festival events for handbell directors and ringers in the metropolitan area.  In the fall of 2009, Dolan formed ReBELLion Ensemble, an auditioned community ensemble.